In order to relieve the public transport of Panama City in peak times also in east-west-direction, in 2015 the groundbreaking ceremony took place on the new Metro Line 2, for the extension of the underground railway network, so that the existing Metro Line 1 was meaningfully complemented with a connection from the city centre to the airport in the east. Over more than 21 kilometres, 16 aerial Metro stations were built, all of which were equipped with newly developed LED multimedia lighting tubes and support systems by LMT Leuchten + Metall Technik GmbH. 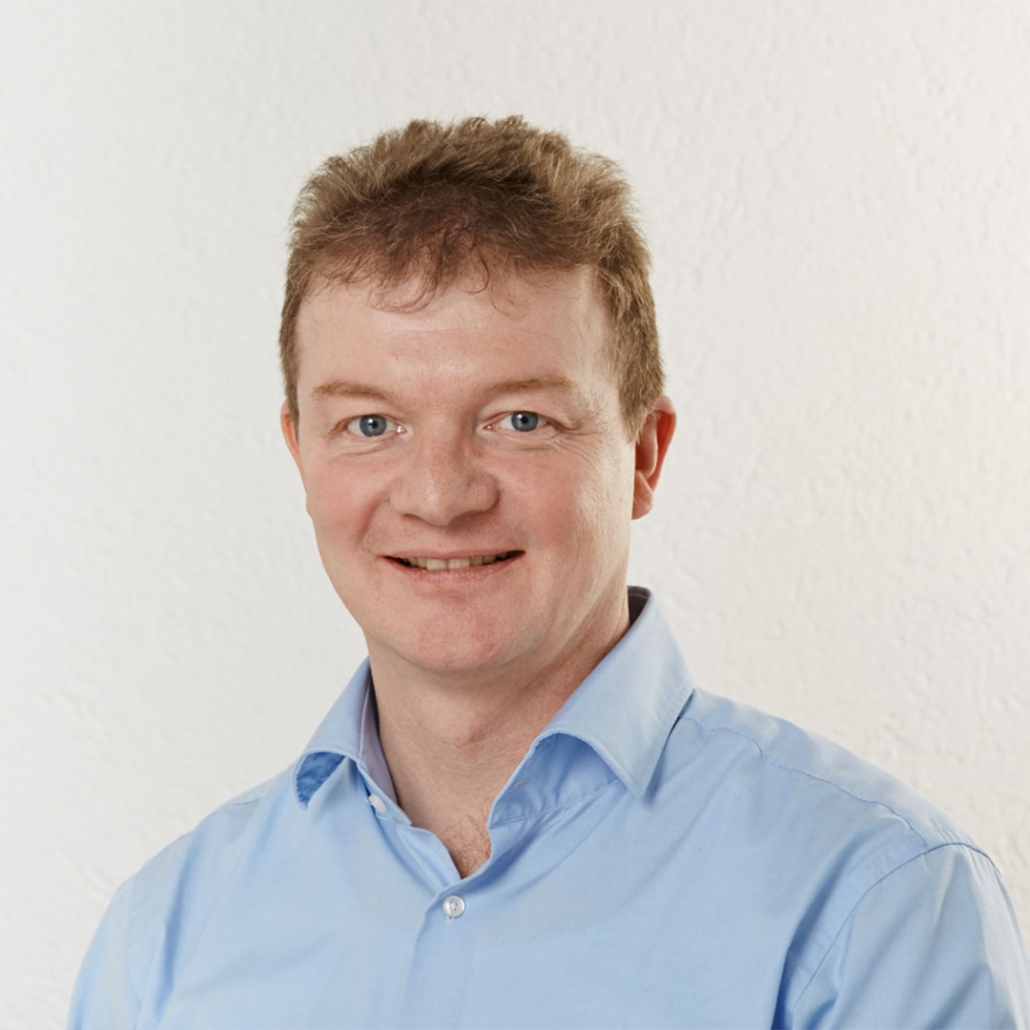 Thank you for being available for this interview. Please describe our readers, what this project is about.

MO: Panama City is the capital and with more than 800.000 inhabitants the most populous city of the Republic of Panama. Due to its enormous growth spurt in the recent decade, the city had to deal with a massive increase in traffic, which could not be absorbed by the existing infrastructure. Therefore, the Panamanian government decided to significantly expand the existing north-south running Metro Line 1 with a new Metro Line 2 in east-west direction.
In this way, the eastern suburbs and the Tocumen airport get connected with the existing Line 1. The groundbreaking ceremony of the project took place in October 2015.

BH: LMT as a project specialist was tasked to deliver the complete media channel system for all of the 16 Metro stations, 14 of them with identical specific requirements, and two of them in different designs. We had 18 months for the completion of this project.

This sounds like a lot of work. What were the challenges before and during the project?

BH: To get straight to the point: at the end we didn’t merely deliver the media channels. Of course, at the start of the construction works the consulting engineers presented plans for the lighting tube system. The original idea was to build a kind of self-supporting or suspended system. The problem was, that the dimensions of the profile and the support span of the media channel were defined by the comprehensive number of features. In our view, the realization of this concept would not have worked.

MO: The architecture of the stations of Metro Line 2 was made as a metal latticework. This means that there is no concrete ceiling construction as we know it from most german underground stations. The reason for this is, that the Metro line runs above ground on columns over roads. The roof is made of aluminium and PVC panels, the latter provide a maximum flooding with natural daylight. It wasn’t possible to use the ceiling supports for attachments of the media channels, due to the column’s dimensions and the heavy weight of the lighting tube system.

So you had to rethink the complete design of the media channel?

BH: That’s correct. Thankfully, the consortium of Metro Line 2 realized this in due time, and consequently was looking for a feasible solution. The problem was, that the construction of the stations was already in full progress, due to the early opening date tied to the upcoming visit of pope Francis during the World Youth Day in January 2019.

This was certainly one of the reasons, why in the end they selected our proposal and assigned us with the complete development, design and manufacturing of the media channel systems. Our experiences with similar projects enabled us to fully co-ordinate the technical and operational challenges, our agile company structure facilitates flexible responds to new individual customizations so we could deliver a “turnkey product” to our customer.

What did your technical solution look like in the end?

MO: We started with a mere lighting tube, and ended up with a multimedia channel system, representing the „main artery“ for all platform functions and including the entire operating systems for controlling and monitoring the passenger traffic including power supply, data cables and even fire extinguishing equipment.

Furthermore, we were responsible for the development and manufacturing of the main columns of the system: finally, the key to success was a combination of pillars and cord suspensions for an adequate load transfer of the media channel.

BH: Referring to its dimensions of 700 x 905 mm, it was the biggest media channel we have ever developed and implemented for a project. In combination with the unsupported span of 9 metres between the main columns we certainly defined a new limit for feasibility regarding the technical implementation of media channels. As far as we know, this has not been implemented in this way by any other company.

What are the requirements the media channel system has to meet?

BH: The biggest challenge was certainly to integrate the needs of the different trades in one system solution: Starting with the cable ducts for direct and indirect illumination of the platforms up tot he integration of loudspeaker and camera systems, large-format screens, fire detecting and extinguishing systems, destination displays, information boards, emergency systems as well as WLAN and radio antennas. Additionally, our design took into account, that the internal cable ducts of the media channel columns had to be used to run through cables from the lower floors.

MO: Of course, due to the seismic classification of the Panama region the construction has to be earthquake-proof regarding its dynamic loads and also designed to resist certain wind pressures. For this reason, we installed special compensation sections which are able to absorb and compensate for seismic and dynamic vibrations.

BH: Also the fire safety regulations had to be fulfilled completely. Therefore, we used only fire resistant cables that meet the standards of higher fire safety classes. As prescribed, all luminaires have also been approved by an UL certification institute.

The project was not „just around the corner“ in geographical perspective. How did the collaboration with the consortium work?

BH: Due to our responsibility for the complete project success, we were at any time in close contact with the contracting authority and with the project partners involved. This was an imperative, because even the smallest modification of our construction representing the heart of the system could have caused major consequences for the entire structure. That’s why we had to ensure at all times to be always up-to-date concerning communication. Usually we held two major phone conferences with our project partners per week, apart from innumerous smaller ones, of course.

MO: When the logistics was organised and the first delivery had arrived in South America, we also supervised the installation team on site, to guarantee correct installation of our sophisticated components. In advance, we already had recruited a Panamanian installation company and trained them by means of an especially made prototype at our company in Hilpoltstein. Our client was also present at one of these trainings. This not only ensured the process reliability of the installation, but also successfully implemented the first product demonstration at the same time.

Last but not least: could the project be completed on schedule?

MO: Yes, we finalised the project in April. On April 25, 2019, the handover and opening of the new Metro Line 2 took place. And what had particularly satisfied our customer was the fact, that already in January 2019 pope francis and the participants of the World Youth Day were able to use some stations of the Metro Line 2! 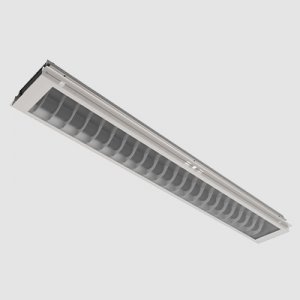 VARYO II is an advanced form of the original LMT VARYO linear LED luminaire for the integration in lighting tubes and media channel systems. Equipped with reflector, cross blade louvre and internal diffuser, the VARYO II provides optimum glare protection and is perfectly qualified for station platform applications. Configurable in a wide range of variants – in stainless steel or aluminum, in lengths of 600 or 1200 mm, either symmetrical, asymmetrical or narrow beam distribution characteristics – the VARYO II offers the perfect solution for every platform.

The enclosed housing with its sealing in the protected zone doesn’t offer any opportunity for vandalism and allows for an easy installation and secure connection with plug connectors. VARYO II is predestined for continuous operation due to its very simple and cost effective maintenance.

All other products for the stations of Metro Line 2 in Panama City are special developments, tailored to the situation-specific requirements. There is on the one hand a media channel which dimensions were defined by the built-in large-format screens, an appropriate quantity of ducts for a multitude of cables, and customized inserts like loudspeakers, fire detectors, cameras, etc., on the other hand the supporting columns in a maximum possible span and with integrated fire extinguishing equipment.